The Lincoln real estate market has been humming along for years, setting records for sales volume and sale prices several years running.

That trend appeared to be continuing in the first couple months of the year, until the COVID-19 pandemic reared its ugly head.

Like many other businesses that rely on face-to-face interactions, with tasks that can’t be done from home, the local real estate market is feeling the effects of the coronavirus.

“It hasn’t ground to a halt, but it sure has slowed to a crawl,” said Rich Rodenburg, partner and associate broker with Coldwell Banker NHS Real Estate.

According to figures from the Realtors Association of Lincoln, home sales appear to have slowed down over the past couple of weeks.

From March 23-April 8, only 165 homes were put up for sale, compared with 366 new listings in February, the last month for which full stats are available.

One further illustration of the slowdown is a decline in open houses.

Rodenburg said that on March 15, there were 100 open houses scheduled in Lincoln. That was the Sunday after Lincoln Public Schools and the University of Nebraska-Lincoln decided to have students stay at home.

This past Sunday, April 5, there were 51 open houses.

He still does occasional showings by appointment, but he said he is very careful about what he touches and makes sure to sanitize everything.

“I have Purell in one hand and Handi Wipes in the other,” Rodenburg said.

RE/MAX Concepts, another Lincoln firm, announced April 3 that it was temporarily suspending all open houses.

“We feel this decision will not only help protect our Realtors and their clients by lowering the curve,” said Larry Holmes, owner and broker of RE/MAX Concepts, in a news release, “but also will demonstrate our strong support for other businesses who have been forced to make difficult decisions during this time.”

Shannon Harner, president and CEO of Homeservices of Nebraska, which owns Home Real Estate and Woods Bros Realty, said those firms’ agents still are allowed to do open houses, but they also are embracing virtual tours as well.

Interest in virtual home tours has increased quite a bit not only in Lincoln but across the country.

“I get emails and calls daily from agents and brokerages alike not only in Nebraska but across the country,” he said, noting that some real estate brokerages are requiring every listing to have a 3D tour.

Irons said VRLY is growing rapidly and has plans to launch services in South Carolina, Florida, Texas, Utah, Massachusetts and in Canada.

It’s not just agents who are seeing coronavirus complications.

Rodenburg said he was working with an elderly couple who wanted to list their house for sale April 1 but decided to put their plans on hold because one of them has heart problems and was worried about potential exposure to the disease through showings.

Rodenburg also said he’s had a couple of buyers put things on hold because of financial concerns.

Coronavirus is also causing headaches for home inspectors and appraisers, Rodenburg said, because sellers are often leery of letting people traipse through their homes.

The good news, said Harner, is that unlike the real estate crash of the late 2000s, the current slowdown is not due to any structural problems with the market.

“Today, the foundational framework of our economy is solid,” Harner said. “There is no oversupply in the market or plunging prices; healthy appreciation, slow and steady, has created a balanced and robust market to withstand the financial ramifications of COVID-19.”

Matt Olberding is a Lincoln native and University of Nebraska-Lincoln graduate who has been covering business for the Journal Star since 2005. 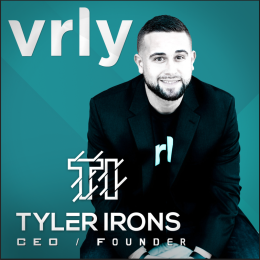 Every home you help buy and sell is advertisement for you. Spend your marketing dollars smarter and showcase your awesome listings to your future clients with targeted facebook advertising. It’s better than a billboard and blanket mailers. Get more web traffic… 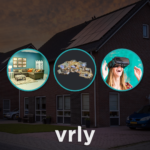 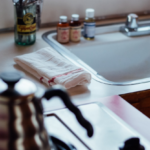 Partner Spotlight VRLY The Image of Trust By Dave Danielson Your clients rely on you to come through during what can be one of...

So, you have found yourself at that point of selling your house and moving on. Maybe you’re downsizing to a smaller house...